Good morning loves!  It’s about time for a cupcake recipe this month!  October’s cupcake is a spiced apple pear cupcake with a whipped maple syrup frosting.  This cupcake was absoloutely divine.  I even have witnesses!  Last year, I did the traditional pumpkin cupcake {which is still on my top ten of favorites} but this year I wanted to do something a little different.  After just getting back from Vermont, I had to incorporate Maple syrup.  I don’t think I even mentioned last week that in Vermont they put maple syrup in there coffee!  That was one of those moments where I was like, why didn’t I think to do that?  I just put a tiny drop, but it’s a favorite now.  On a side note,  apparently I say “syrup” wrong… I say “seer-up” and I think the correct way is “sir-up.”  How do you say it? 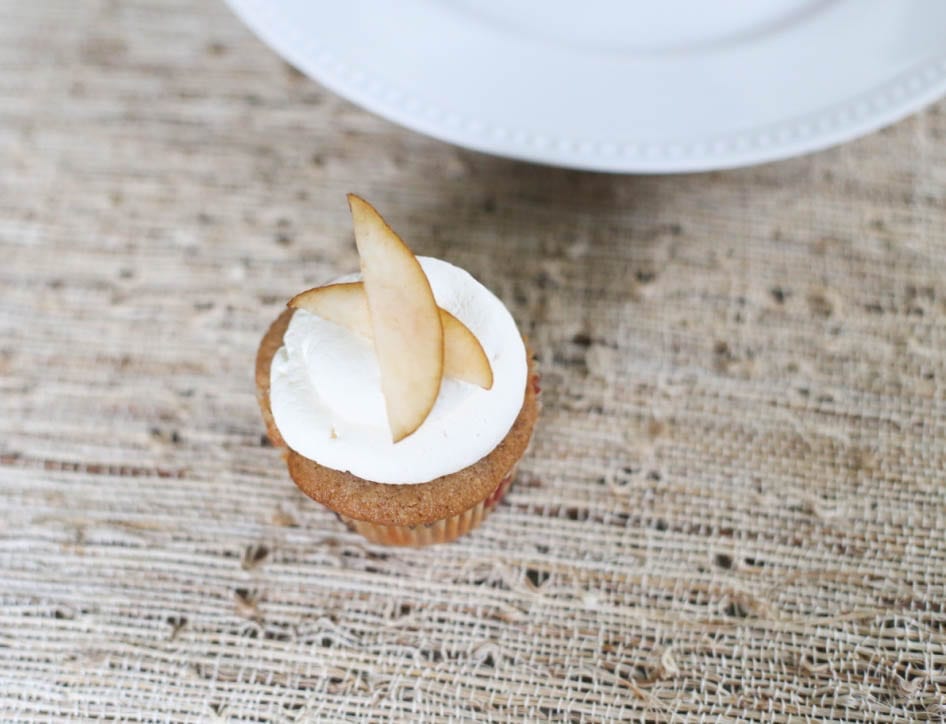 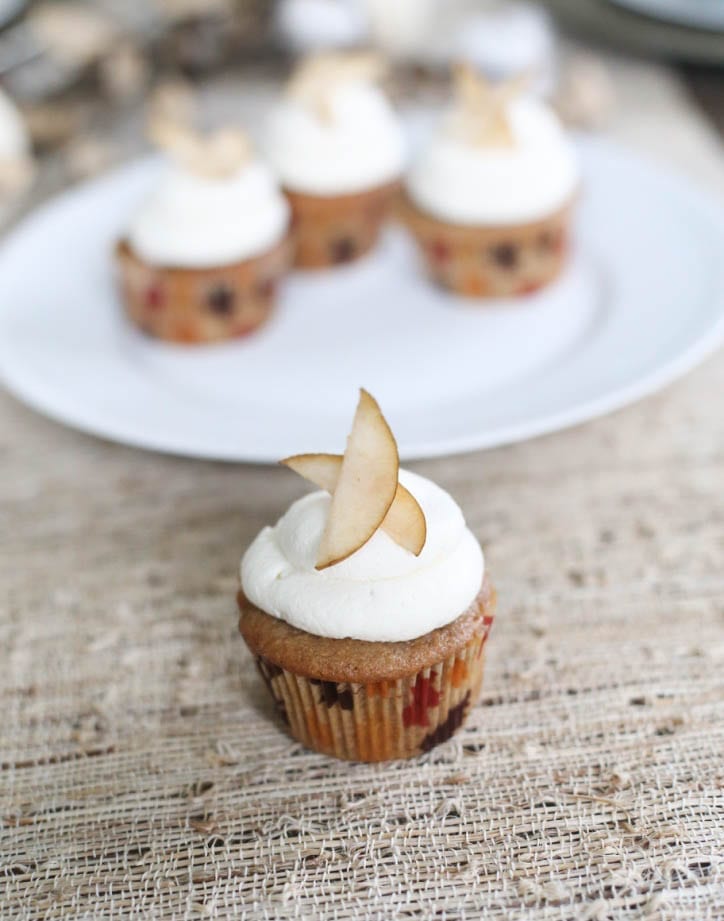 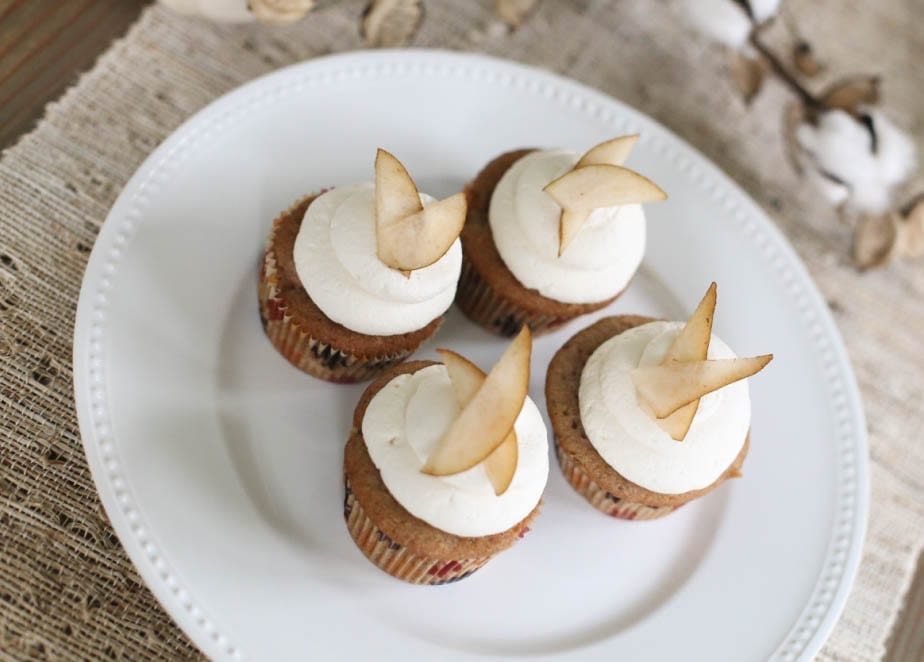 For the recipe I use the Pioneer Woman’s Vanilla Cupcake as my base and then I tweak it.  The recipe is pefection, so why go with something different?

Cream shortening and sugar until fluffy. Set aside.

Sift together flour, cinnamon, ginger, and salt. Set aside.

Alternate adding flour mixture and buttermilk mixture to the shortening mixture, mixing after each addition. Mix until totally combined.

Gently stir in the diced pear and apples.

Pour batter into cupcake liners. Bake for 17 to 20 minutes, or until just done. Remove from oven, then remove cupcakes from pan and let cool completely.

Place all ingredients in a mixer.  Using a whisk attachment, which until stiff peaks form.  Frost the cooled cupcakes and garnish with candied ginger or slices of fruit!