One of the things I love about Summer is making warm, fresh crisps and cobblers with a ton of vanilla ice cream melting on top.  This inspired me to make these peach cobbler cupcakes.  Especially since it’s prime time for peaches right now. 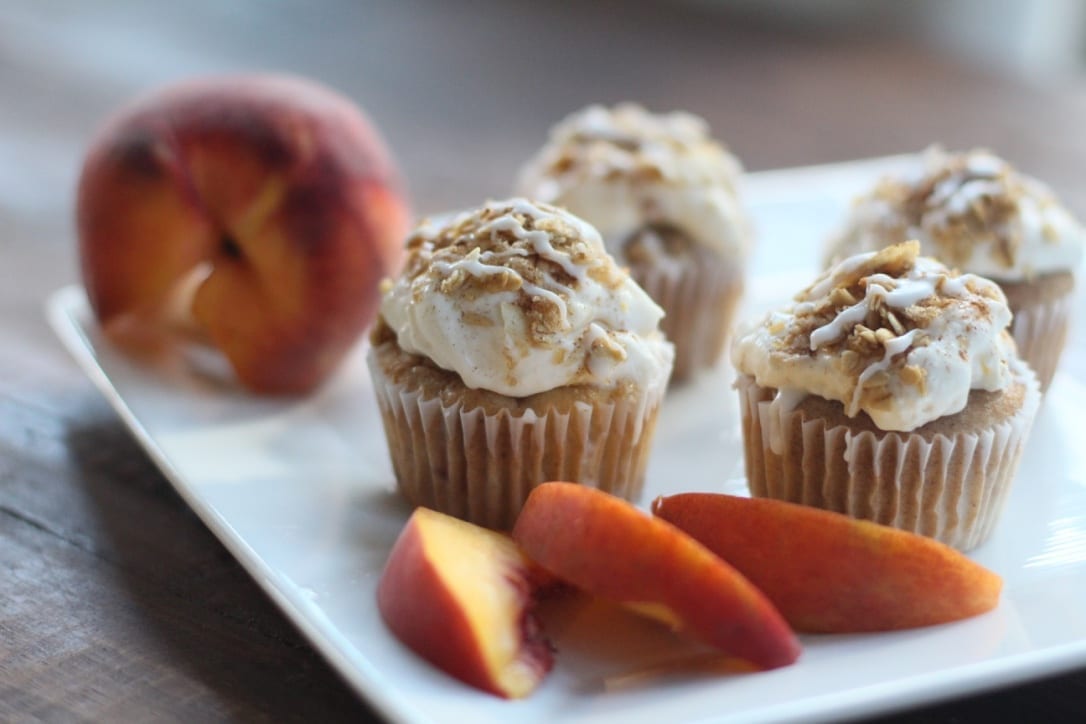 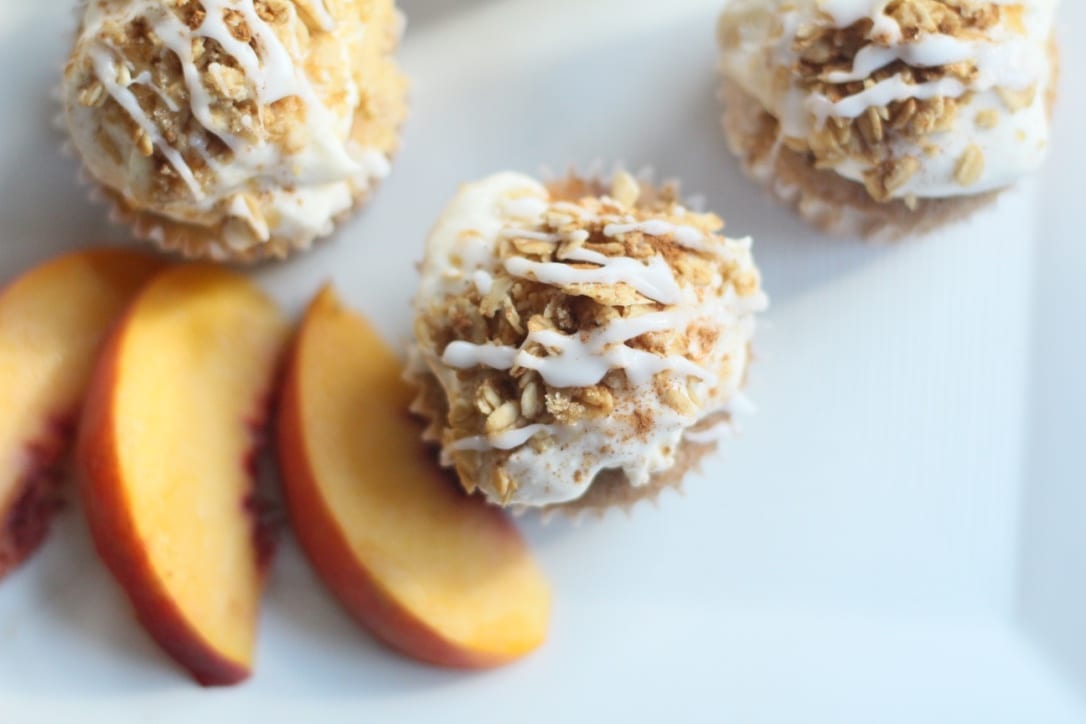 I have to be honest with you, I sort of cheated with these cupcakes.  It’s okay to do once in a while.  When you taste them, you’ll know why.  I really wanted to get the taste of the vanilla (like ice cream) with these cupcakes so I thought that using a box french vanilla cupcake batter would be best. I added a few things to  doctor it up.  Nobody was able to tell the difference. 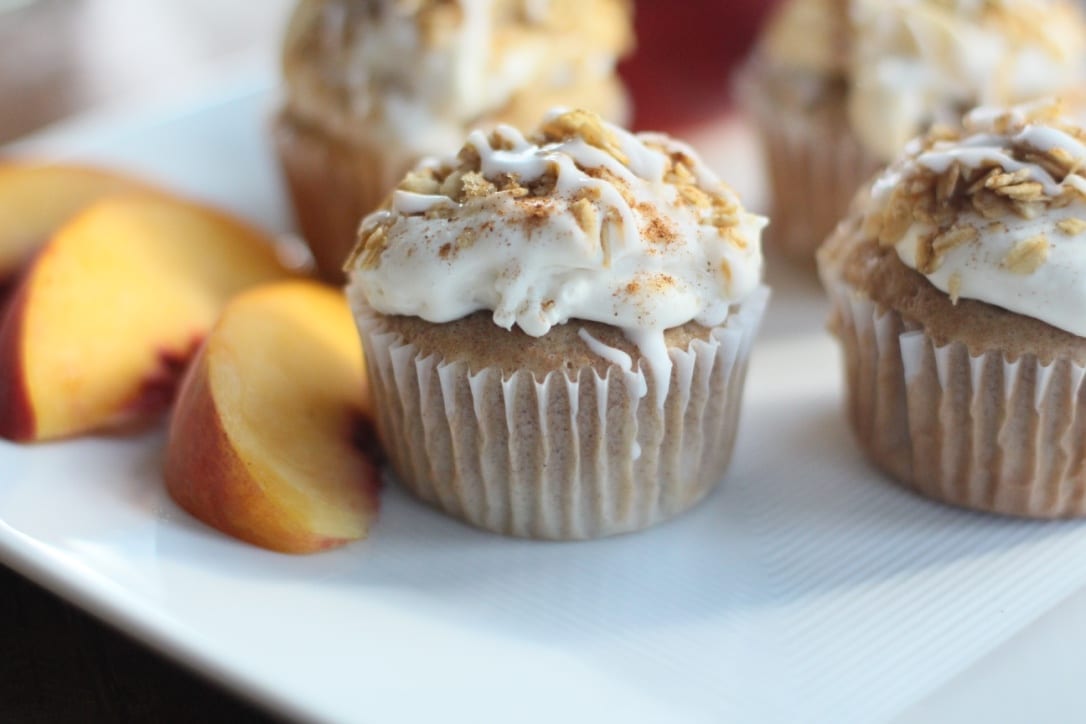 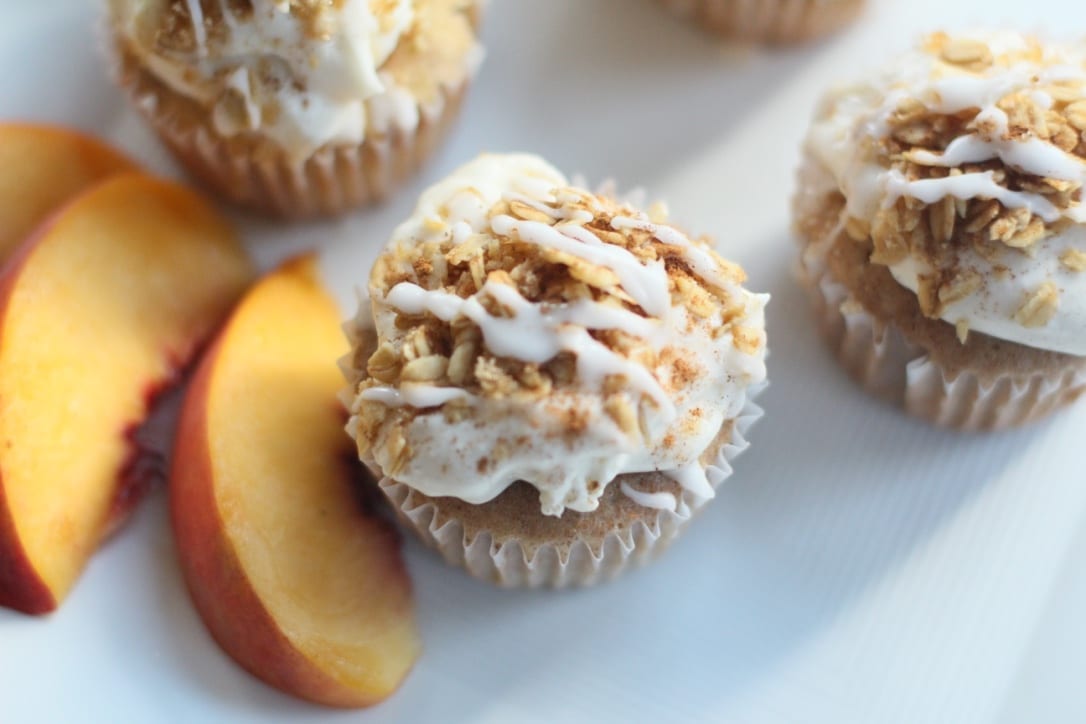 Prepared the boxed french vanilla as directed.  In a separate bowl mix the diced peached with the sugar and 2 tsp. cinnamon.  Add this mixture to the  french vanilla batter until combined.  Add the remaining  teaspoon of cinnamon to the mixture.

I decided to top these with a mixture of granola with a glaze.  Sprinkle the granola on the cupcakes ( I used Bear Naked Vanilla with almonds), a dash of cinnamon, and brown sugar to your liking.  To make the glaze, combine the powdered sugar with the water until thick, but still just enough to pour over the cupcake frosting.  Using a fork, shake the glaze over the frosted cupcakes.  Enjoy!!!!