As you’ve guessed it by now- my absolute favorite cake is angel food cake.  I love the texture, flavor, and the fact that it’s a little bit healthier for you than other cakes.  One of my other favorite pairings is chocolate and strawberry.  There is something about this combination that just screams Valentine’s day– so I decided to combine these together.  Here you have a chocolate angel food cupcake with a strawberry mascarpone whipped frosting topped with some cute little hearts and xo’s for some extra love.  I’m so excited how these turn out– I’ve eaten three already because they are so addicting!! {Oops} 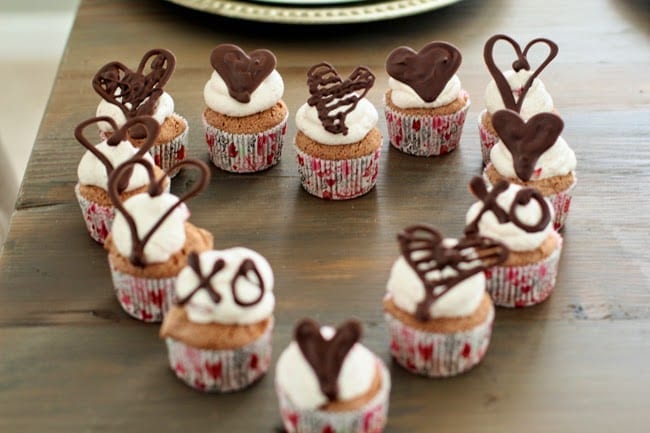 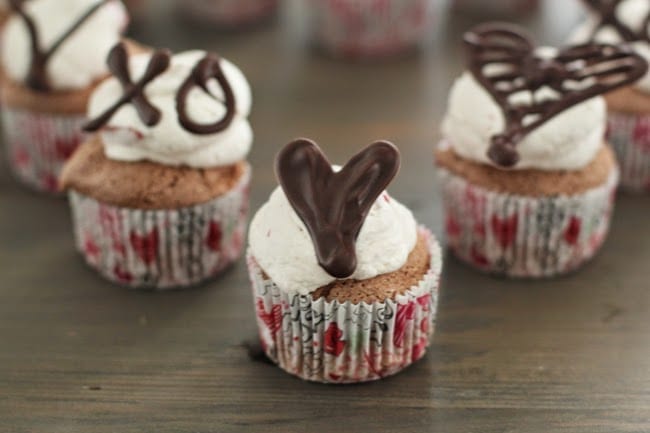 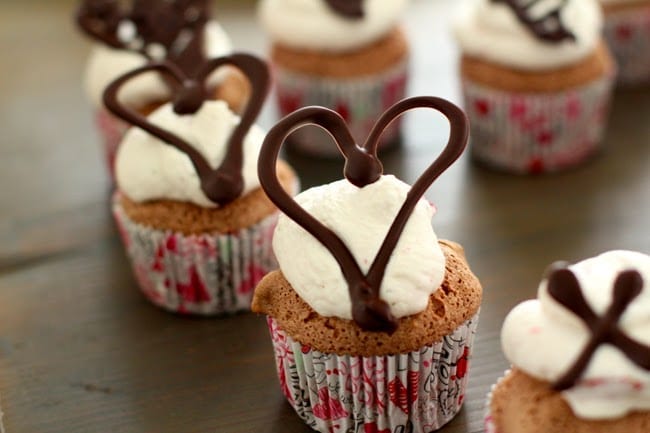 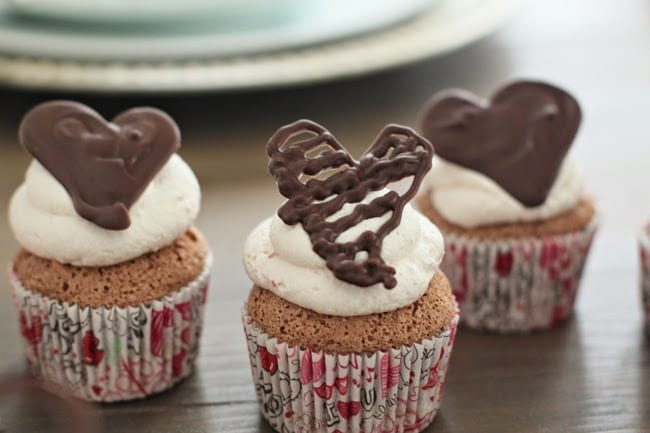 Cupcakes:
Mostly Adopted from Cooking Classy (I’ve used this recipe so many times for these cupcakes- they turn out perfectly every time!)

Method:
Frosting:
Ingredients:
8 oz. mascarpone cheese
2 cups heaving whipping cream
7 tablespoons sugar
3/4 cup Strawberry Puree *(slice 1 cup of strawberries, 1 teaspoons of sugar, and a splash of lemon juice blend until smooth
1 cup of sliced strawberries (I added these to the frosting for a little extra flavor)
Method:
Beat the sugar and cream to soft peaks in your mixer. In a separate bowl combine the mascarpone cheese and strawberry puree. Now, gently fold the the puree/mascarpone cheese mixture into the sugar and heavy cream until combined.  Be very gentle. Fold in the strawberries.  After the cupcakes have cooled, using your favorite tip frost the cupcakes.
*For the chocolate decor I used Ghirardelli melting squares.  I melted over a double boiler and used a piping bag to make the hearts and letters on top of wax paper.  I let cool and gently peeled them off.
Driver…Take me somewhere sunny and warm….. Valentine’s Day Wish List….