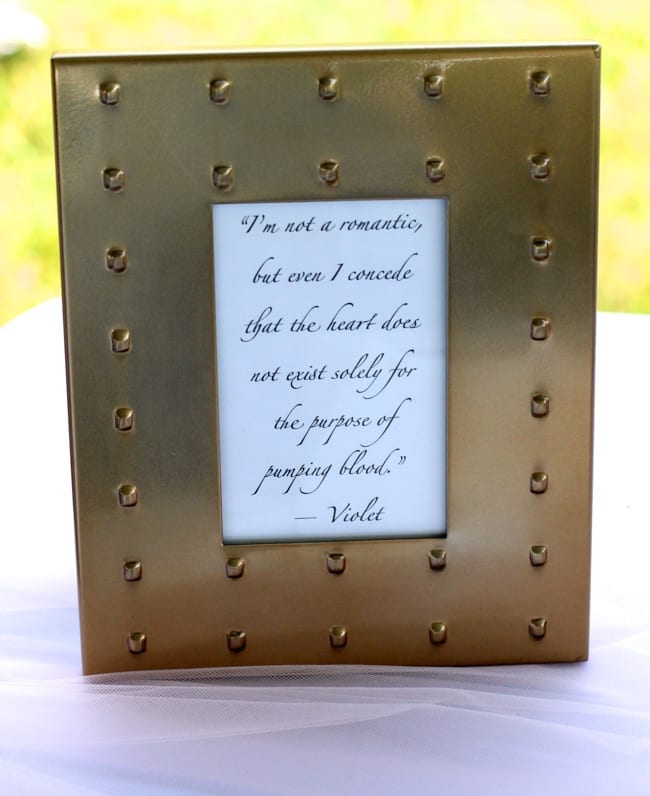 The main colors of the tea were pink, gold, and white.  I always try to add little quotes in frames for parties.  They add a little something special, and in this case, really incorporates the Downton Abbey theme. 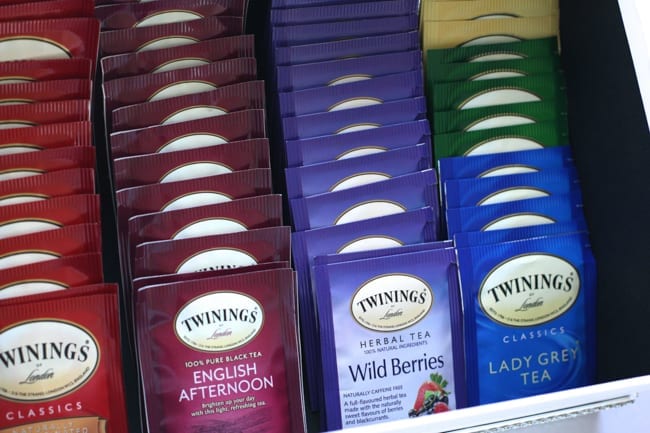 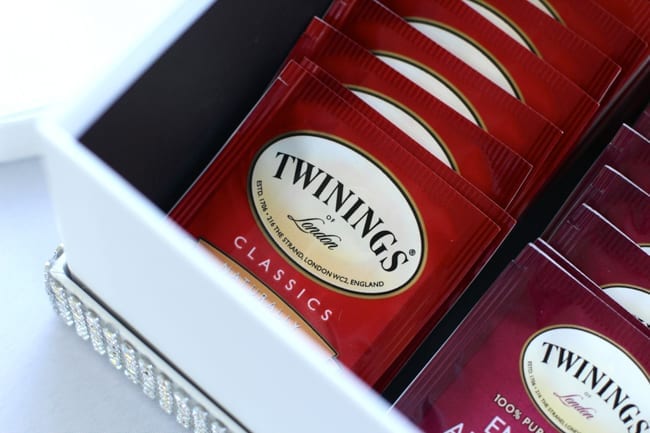 You cannot have a tea without tea, of course!  This is sort of piggy backing on another favorite of Alaina’s, 50 Shades of Grey and her tea of choice. 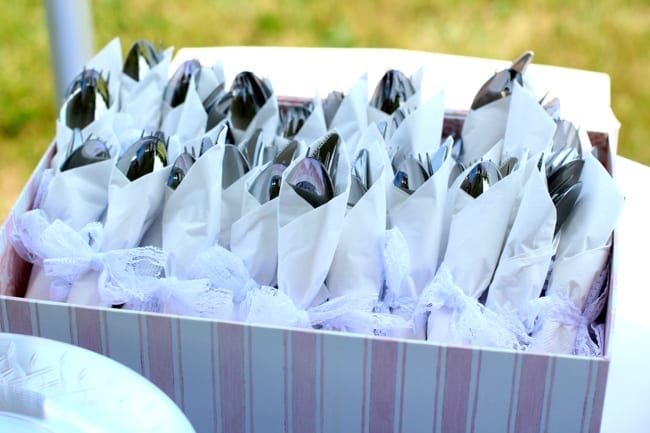 Lace, lace, and more lace.  How cute is this simple project of rolling the silverware and adding a little lace bow? 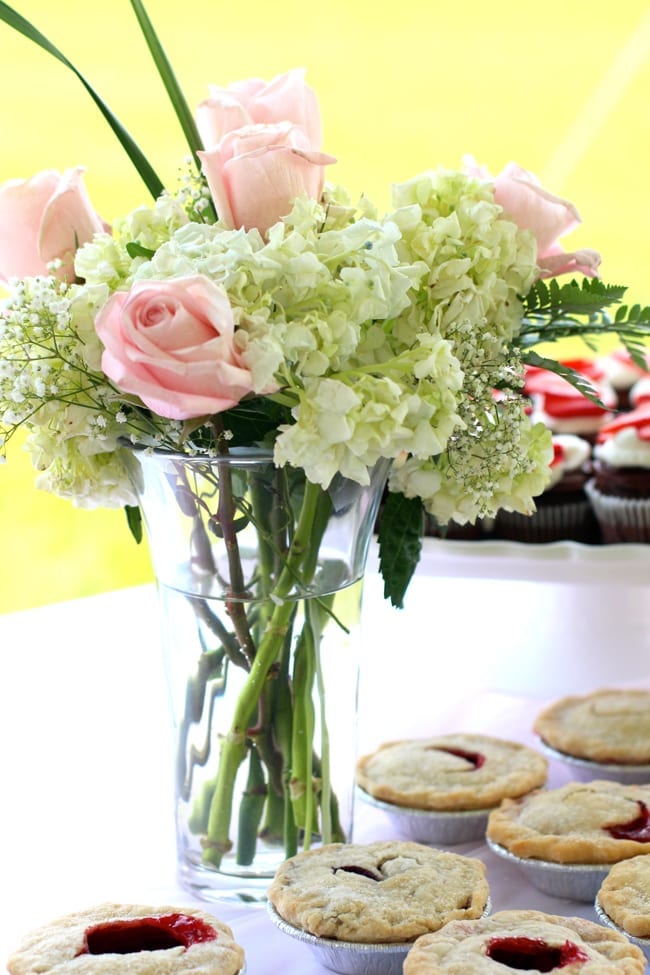 Fresh florals are always a must.  I honestly cannot tell you how important I think adding florals is.  I always get mine from Costco.  The roses are usually $16 for 2 dozen! You can also order exactly what you want ahead of time to make sure they have the colors you are wanting. 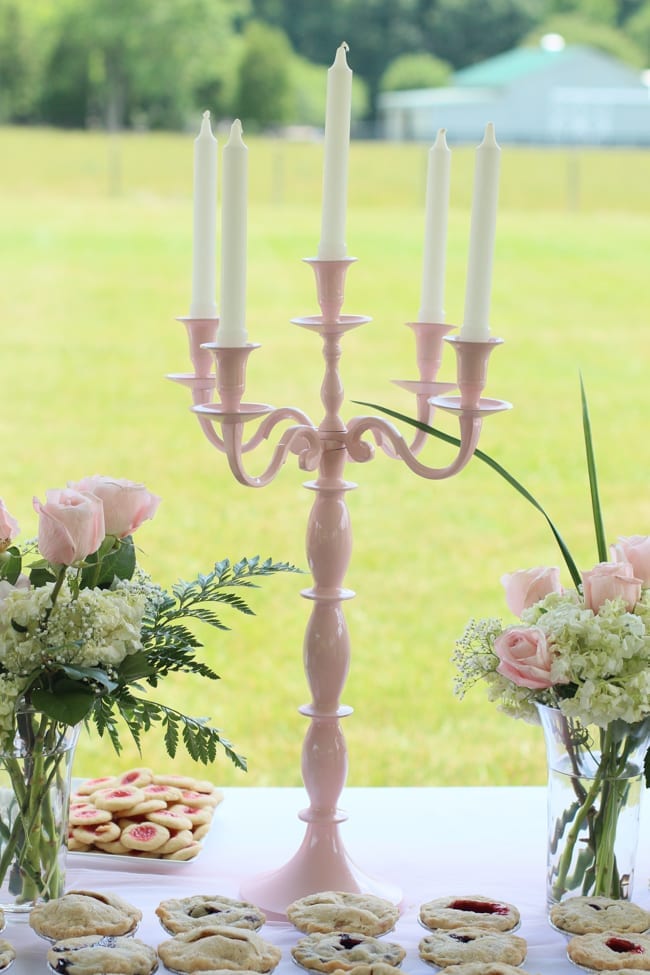 This candelabra was another easy little project that made for a statement piece on the dessert table.  I just purchased it from Home Goods (my home obsession) and spray painted it pink to go along with the theme. 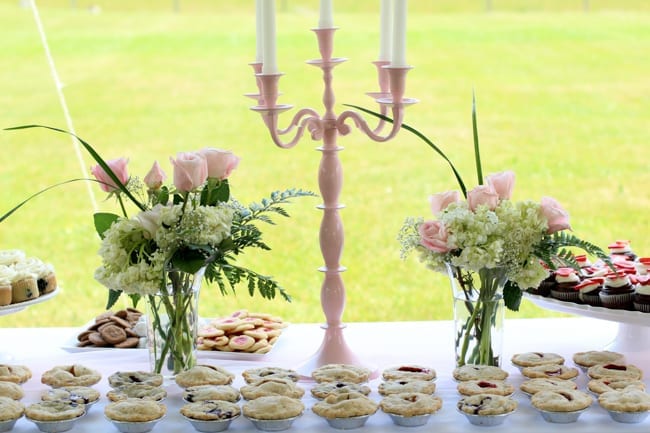 A common food that was eaten during the Downton Abbey time were pies.  There mincemeat pies, rhubarb pies, shepherd’s pie, etc., so we thought it would be a cute idea to do mini fruit pies for everyone to have their own. 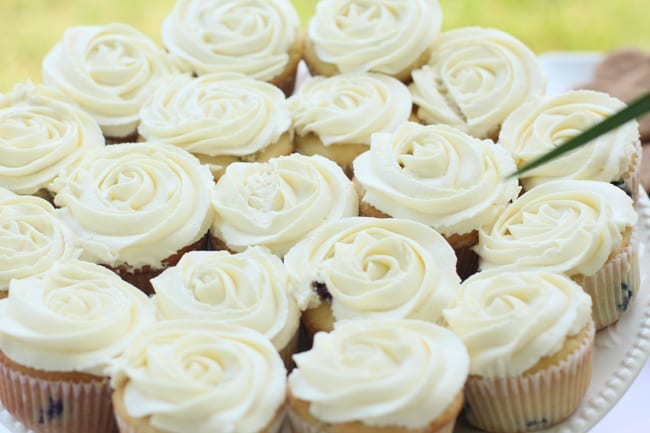 I’m sure I’ve said this so many times, but these are my absolute favorite cupcakes ever.  Here is where you can find the recipe for these Lemon Blueberry cupcakes. 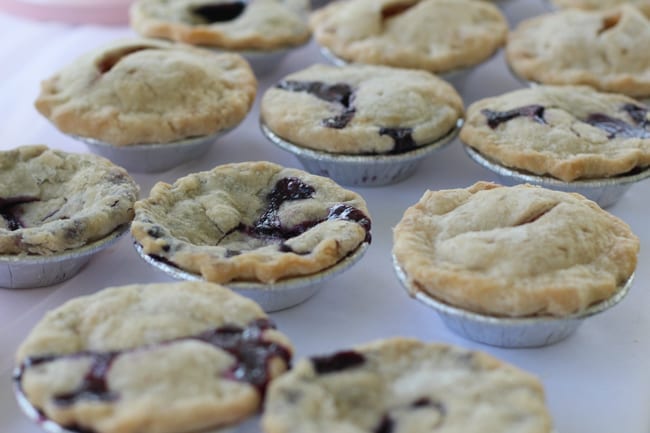 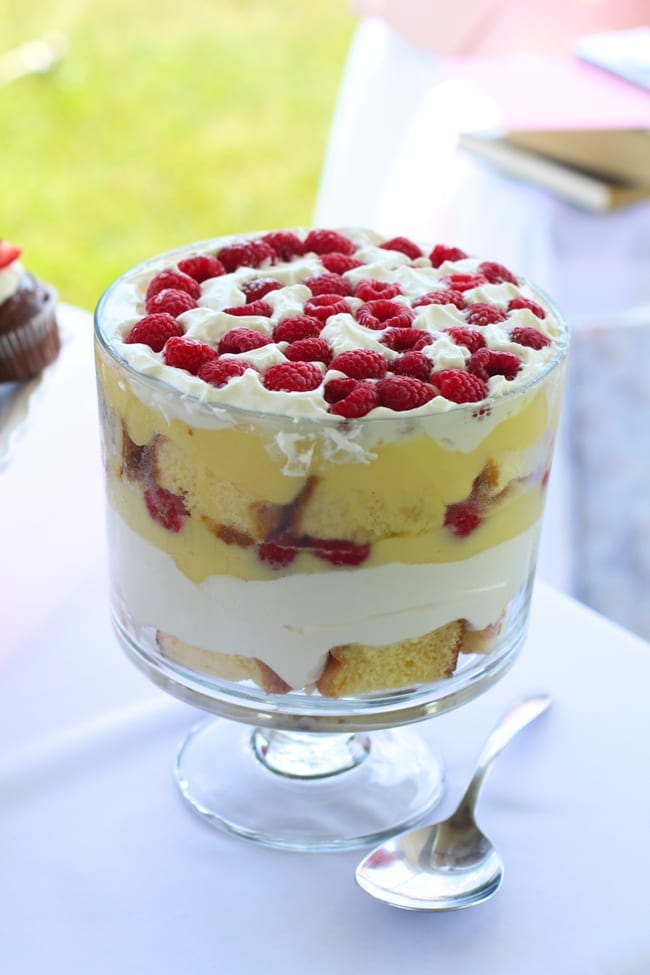 Simple, but oh so delicious, raspberry trifle.  Can I just say how delicious this was?

These chocolate cupcakes were a spin off of the Pioneer Woman’s chocolate cake! They were so decadent and light and fluffy!

Keeping with the blush pink theme, I thought it would be super cute to add little rosette’s in the tea cups with the napkins!  I’ll be doing a brief tutorial on how to obtain this look later this week!

I decided to make a little game packet for the games to keep them all organized in a cute little bundle!  We played “What’s in your cell phone,” “Lovely Little Quotes”, and we had a door prize game of “Who had the Groom?”  I’ll give more details on this later this week as well!

The gorgeous bride to be!

The beautiful bridal party!  There is no possible way I could have pulled this off without all of their help!  These girls are amazing.  We are so excited for Alaina and Lee and their journey they will begin June 27, 2015!  Less than one month to go!