*This post is sponsored by BabbleBoxx.com on behalf of Harper Collins.  All opinions are 100% my own.  Thank you for supporting those brands that support Afternoon Espresso. 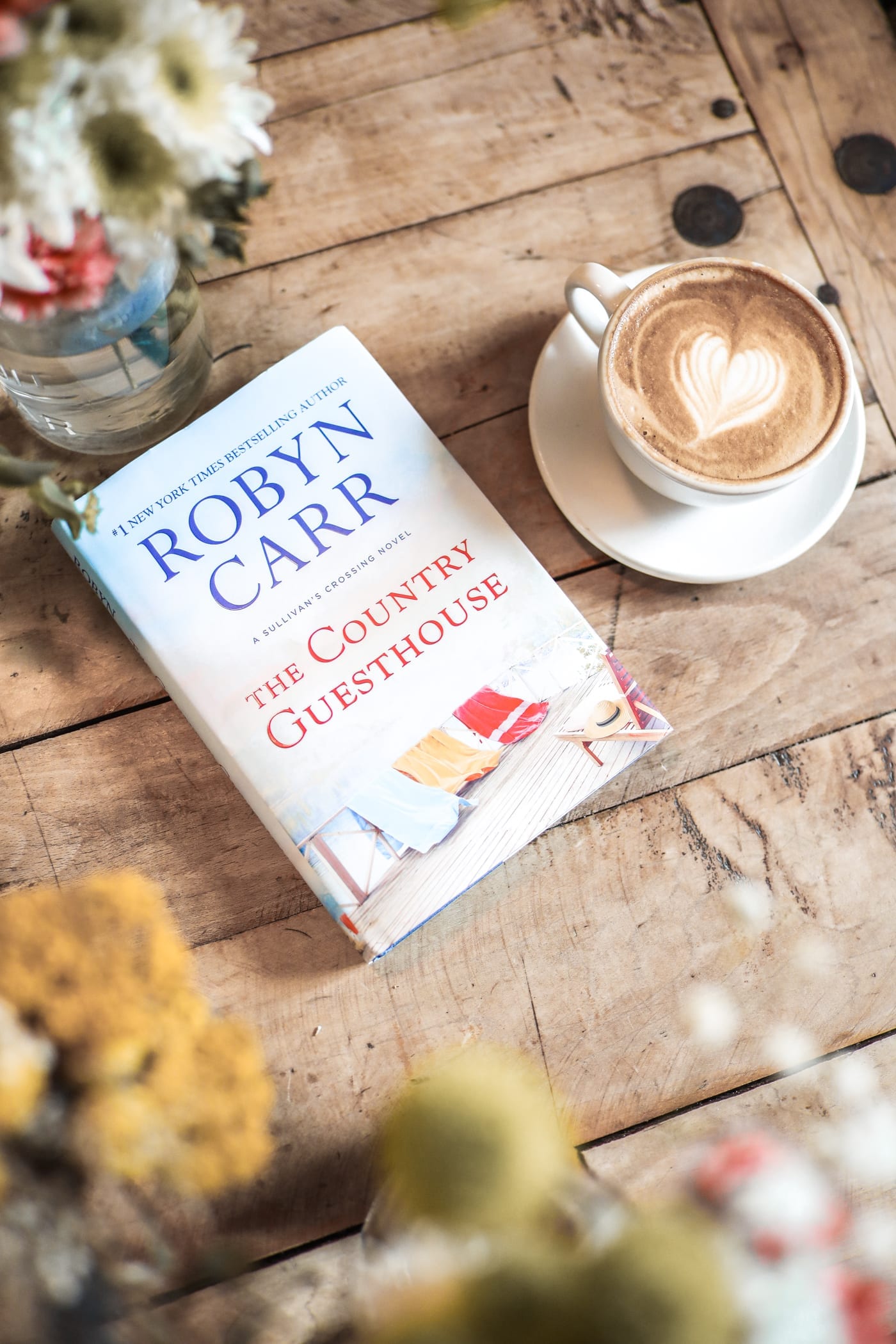 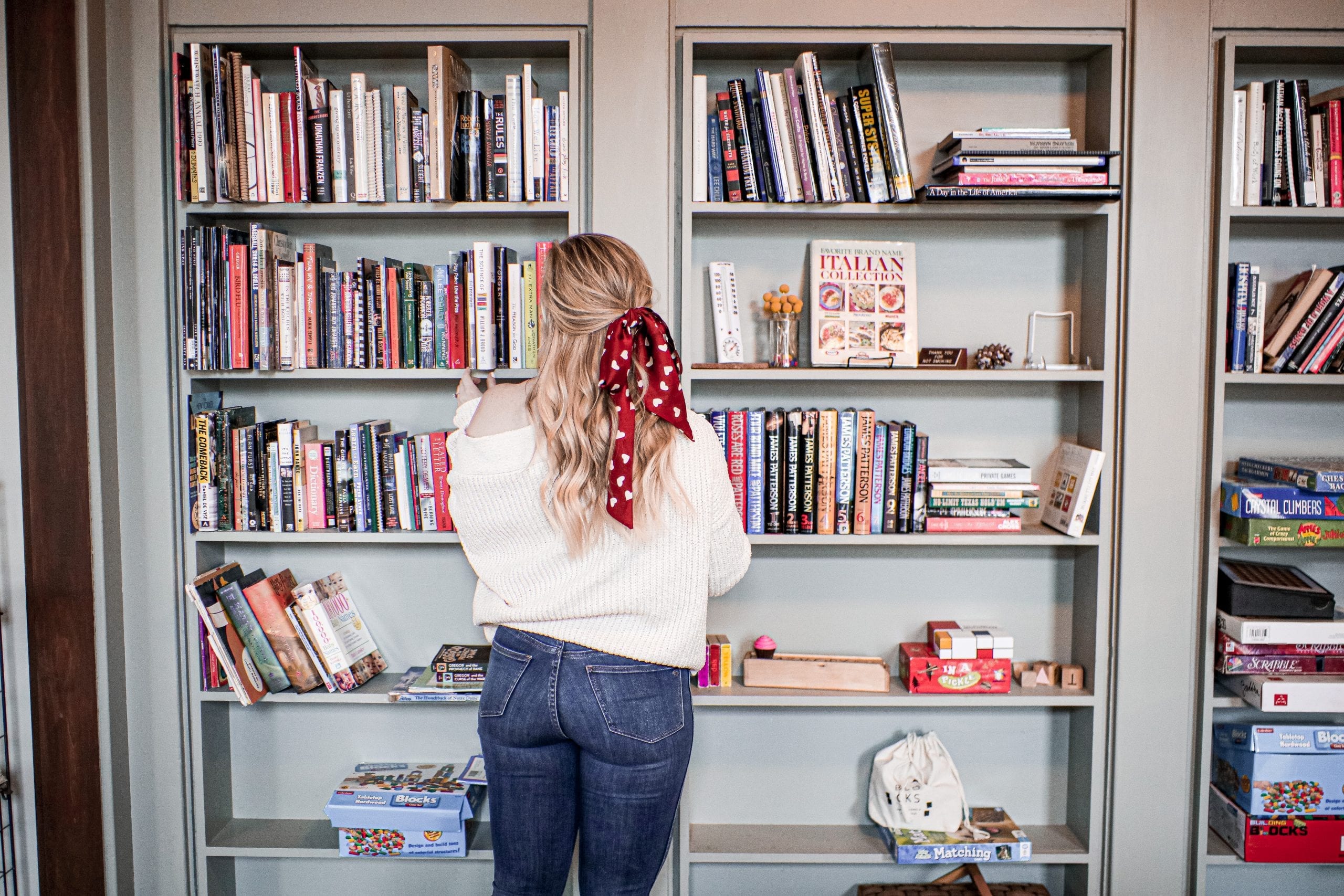 There is nothing like finding the perfect winter read and cozying up by the fire!  I love to read any time of the year, but there is just something special about sitting by a fire with the most comfortable loungewear and a really good book.  It’s even more special because it forces me to take some time out of the day just for myself.  Let’s be honest, as a busy mom sometimes “me” time is a rare commodity, but one that is very necessary. 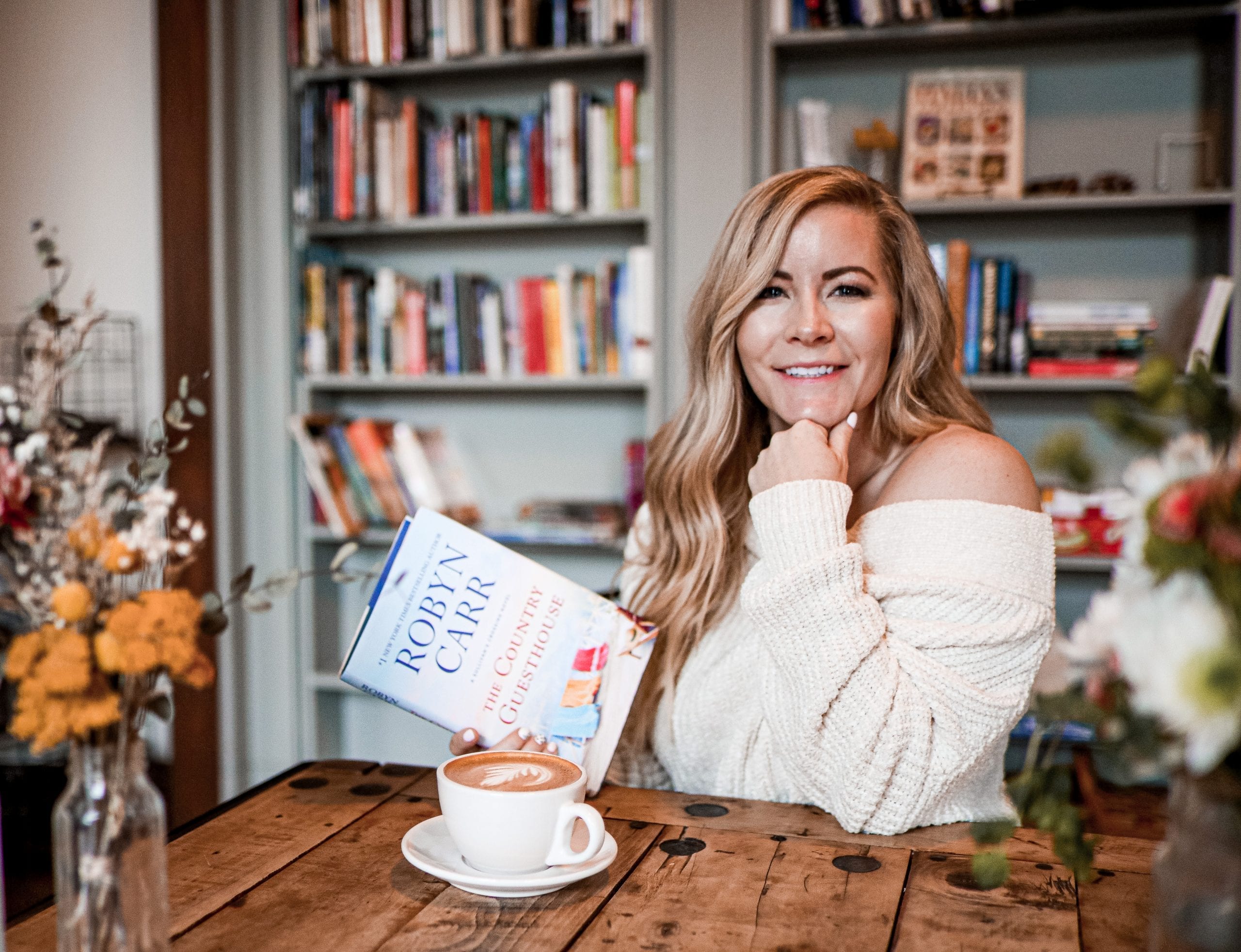 The Country Guesthouse written by #1 New York Times Bestselling author, Robyn Carr, is exactly the type of book that will make you want to curl up with a cozy blanket this winter.  It’s a heartwarming story that shows when the unexpected happens in life, everything truly happens for a reason.  The Country Guesthouse is about a sweet romance with several moments that really pull at your heart strings, and even some suspense. 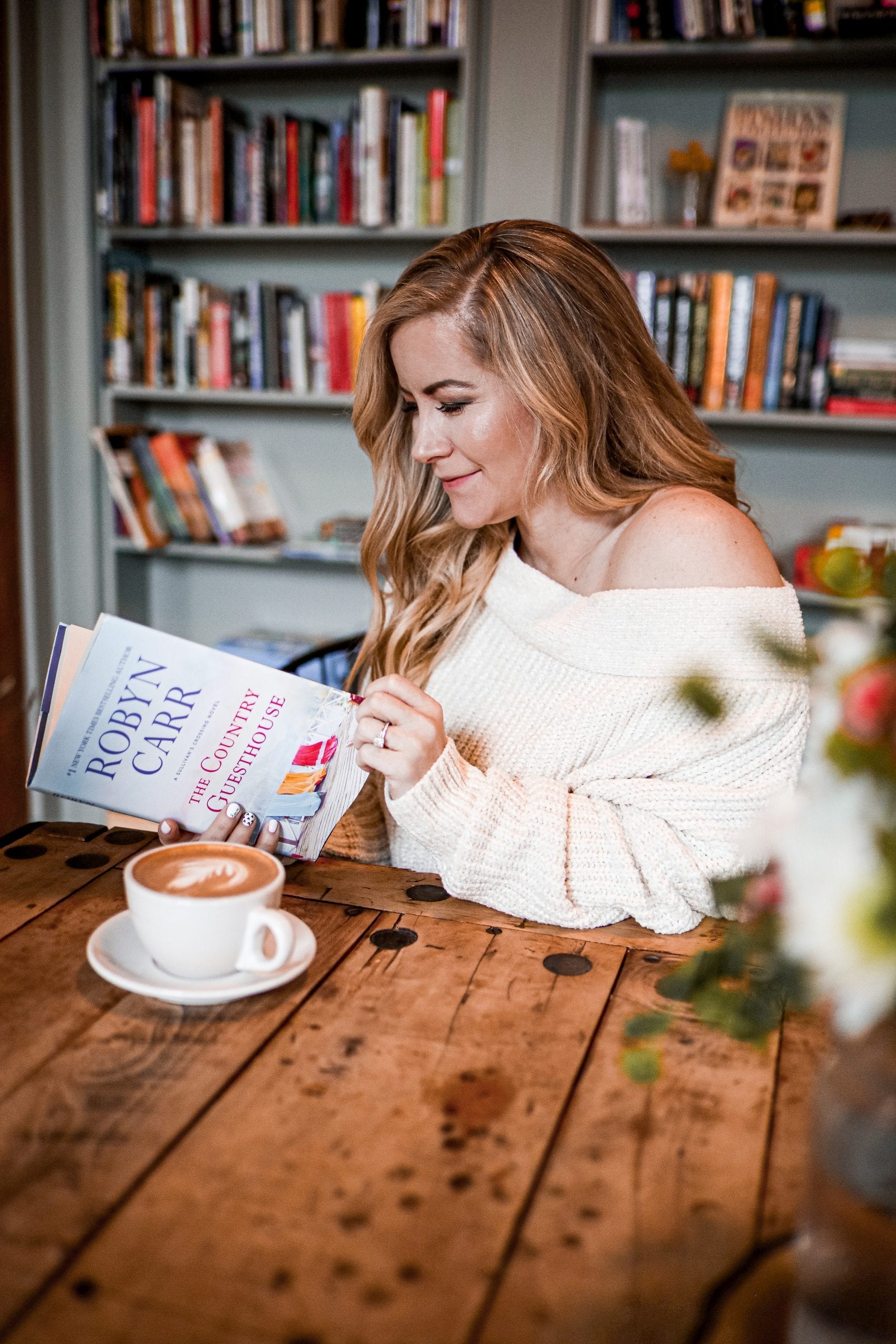 After Hannah returned early from a work retreat, she found her fiancé mingling with her administrative assistant at her home.  Shortly after she broke off her engagement, she learned that her best friend suddenly passed away.

Hannah’s life was about to change drastically.  She was now going to be the guardian of her late best friend’s 5 year old son.  Hannah, newly single, and now a mother had a lot to figure out.  First order of business was to take her vacation she had planned.  The most gorgeous Summer rental in Colorado was waiting.  She now had a new companion to accompany her.  There were a lot of things Noah and Hannah needed to figure out, but the most important was getting to know each other.  What better way than with a vacation.

Upon arrival, Owen, the homeowner, greeted Hannah and Noah promising to stay out of their way.  Owen would be staying in the detached guest house since his travel plans were cancelled.  Little did these three know, fate has the perfect way of making them realize they need each other.

After an extended stay in the guest house, Hannah and Owen had some serious decisions to make about their relationship and life.  However, life threw another loop at Hannah when Noah’s grandmother showed up in an attempt to get custody of Noah.  Everyone knew the attempt at custody was suspicious considering she had never even met her grandson before.  Hannah and Owen quickly learned more about Victoria.  Her sketchy past confirmed their need to protect Noah from the con artist they knew Victoria was. 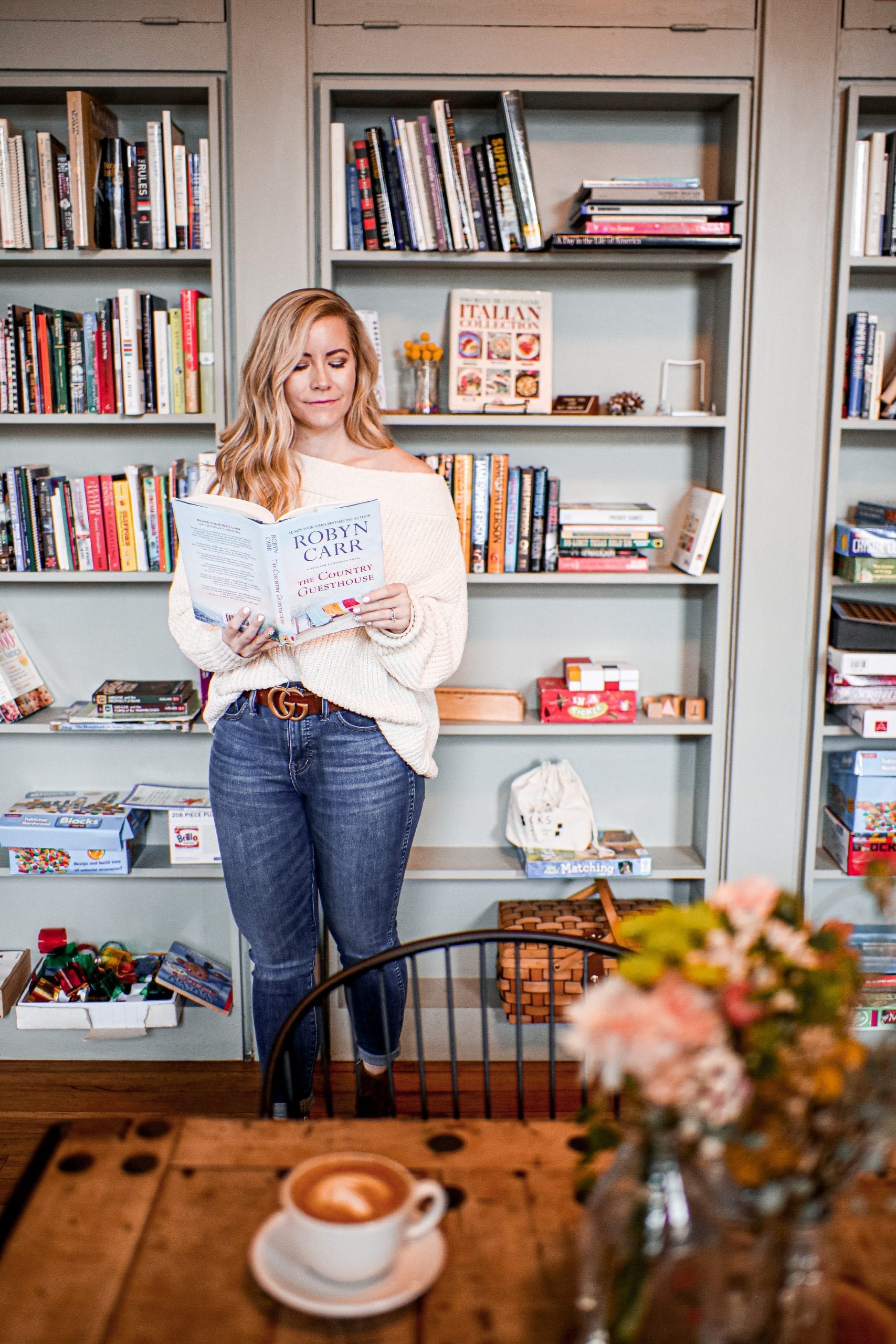 Now, you KNOW I can’t tell you how this book ends, but I can tell you how much I absolutely adored 5 year old Noah.  He was courageous and so optimistic through the whole story.  Being a mother myself, I also have to give Hannah some major props for stepping in and assuming the role as Noah’s mother when her best friend passed away.  That is not an easy job.

The Country Guesthouse is such a good book and there are so many details I didn’t even get to touch on in my summary from above!  There is so much more to learn about these characters.  Enjoy this winter read and grab your copy of The Country Guesthouse by Robyn Carr on Amazon and Barnes and Noble.

My Holiday Starbucks Order (Without all the Calories!)