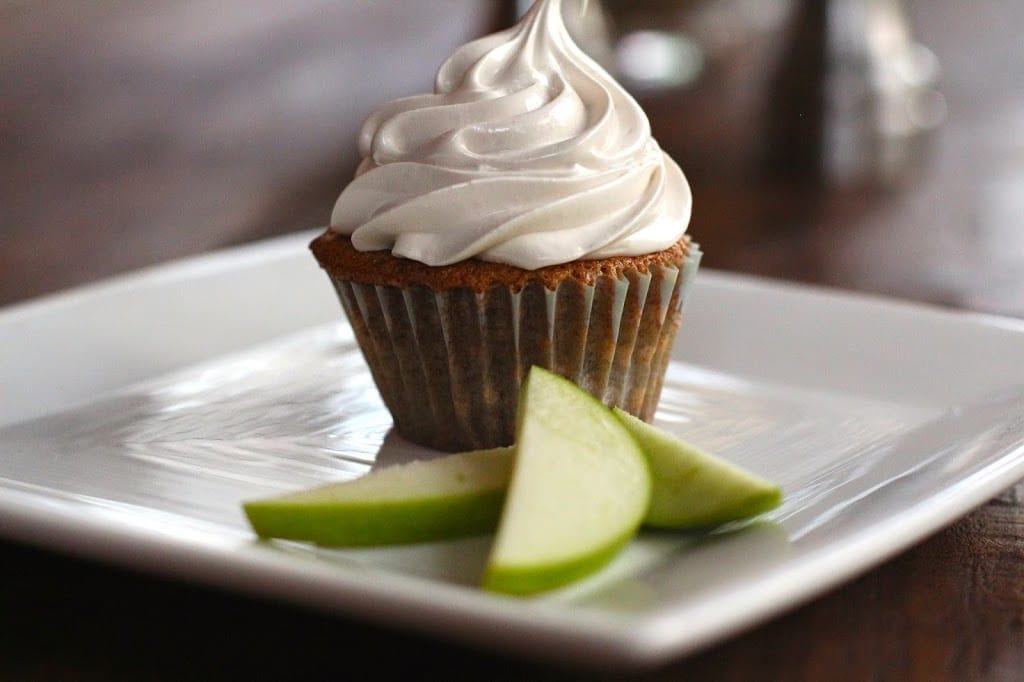 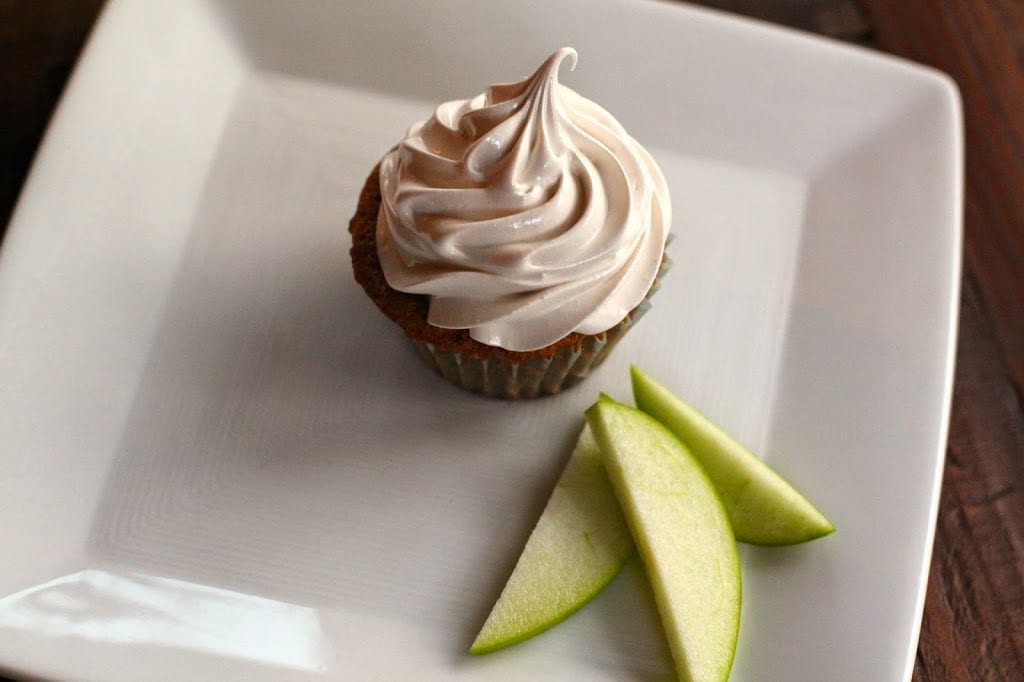 It is definitely time for a new cupcake of the month!  I had so much fun hanging out with my partner in crime, Carolyn to make these beauties.  We had a few close calls- like the icing being too thin and running out of ingredients and finding substitutes {perhaps it was the wine we were drinking} but we managed to pull it together and make a really delicious cupcake.  I know the first thing that comes to mind in the fall is pumpkin, but I also think bout apples a lot! So here is my take on an apple pie cupcake. I hope you enjoy!
Cupcakes:
I started with a vanilla base cupcake recipe from The Pioneer Woman.  {She is my fave- between her and Ina, they never steer me wrong!} Her recipe and ingredients are below and then I added a few steps.
Ingredients:
Recipe:
Preheat oven to 350 degrees. Line 18 muffin cups with cupcake liner papers.
Cream shortening and sugar until fluffy. Set aside.
Sift together flour, cinnamon, and salt. Set aside.
Mix eggs, buttermilk, vanilla, baking soda, and vinegar in a separate bowl.
Alternate adding flour mixture and buttermilk mixture to the shortening mixture, mixing after each addition. Mix until totally combined.
I use an ice cream scoop to put batter in cupcake liners.  Bake for 17 to 20 minutes.  Remove from oven, then remove cupcakes from pan and let cool completely.
Filling:

Dice the apples into small pieces.  Add the flour, lemon juice, cinnamon, nutmeg, and brown sugar to combine. Saute in a pan to soften the apples.  Using an apple core, pull the center of the cupcakes out and fill with the apple filling.
Brown Sugar Frosting (adopted from Iwashyoudry):
Ingredients:

Mix brown sugar, water and corn syrup in a medium saucepan. Bring to rolling boil.  Let it boil at medium to medium high until the syrup drops like a hair from spoon (approximately 10 minutes).
Remove from burner and set aside.  Meanwhile, beat egg whites and cream of tartar until stiff.
Slowly pour the hot syrup in a thin stream into egg whites, beating constantly. Beat until icing holds peaks, then blend in vanilla.
Let cool to room temp, then store covered in the fridge until ready to use.
As always, thank you for stopping by today! I hope you enjoy this recipe!
Classic Blazer…. Happy Birthday!!