Eat cake for breakfast.  Mmmmm there is no better way than to start your Monday morning than with an apple crumble cupcake!  Yummmmmm!  Apple to me is sort of like pumpkin in a cupcake in the fact that it makes the cupcake super moist without adding a lot more fat to it!  I may have told you this story before, but I grew up in a town in West Virginia where the Musselman plant was located (You know, Musselman Applesauce.)  The whole area is lush with all types of apple orchards.  In fact, even our school mascot was an apple and I think it’s adorable!  This has actually made me quite the apple snob and no offense to Pennsylvania, but your apples just don’t cut it!  Maybe it’s nostalgia, but I really believe it’s that straight from the orchard freshness that sets these apples aside from everywhere else.  (Jump to Recipe)

From Afternoon Espresso at https://afternoon-espresso.com/apple-crumble-cupcake-recipe/ 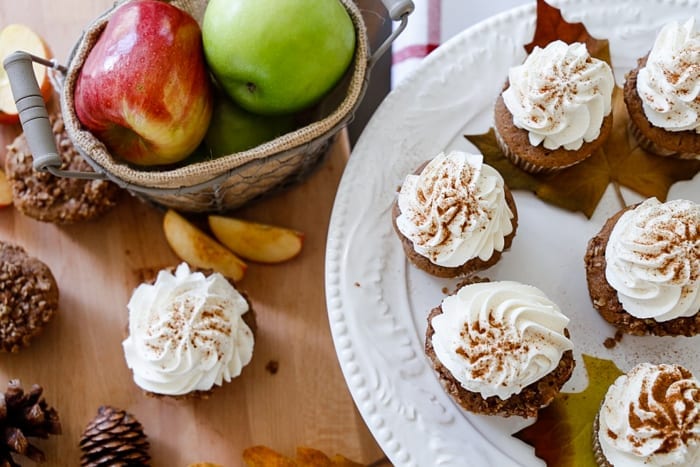 This super moist honey crisp apple crumble cupcake will comfort you with warmth and spice topped with a maple whipped frosting!

Generated with ♥︎ by Matcha Print