Ooooh Fall is just the most wonderful time of year! The air is crisp, you can smell the crunchy leaves in the air, sweaters are an everyday thing, and apple cider and pumpkin anything are on the menu!  This month’s cupcake of the month is inspired by two items. First being the apple cider donuts from Orr’s Farmer’s Market (these are A-MAZING) and the second is a recent discovery of Maple Jack Daniels– I KNOW, I KNOW I’m really not a Jack girl- but this stuff tastes like pancakes, no lie.  So here is the recipes for Apple Cider Cupcakes with a Maple Bourbon Frosting! 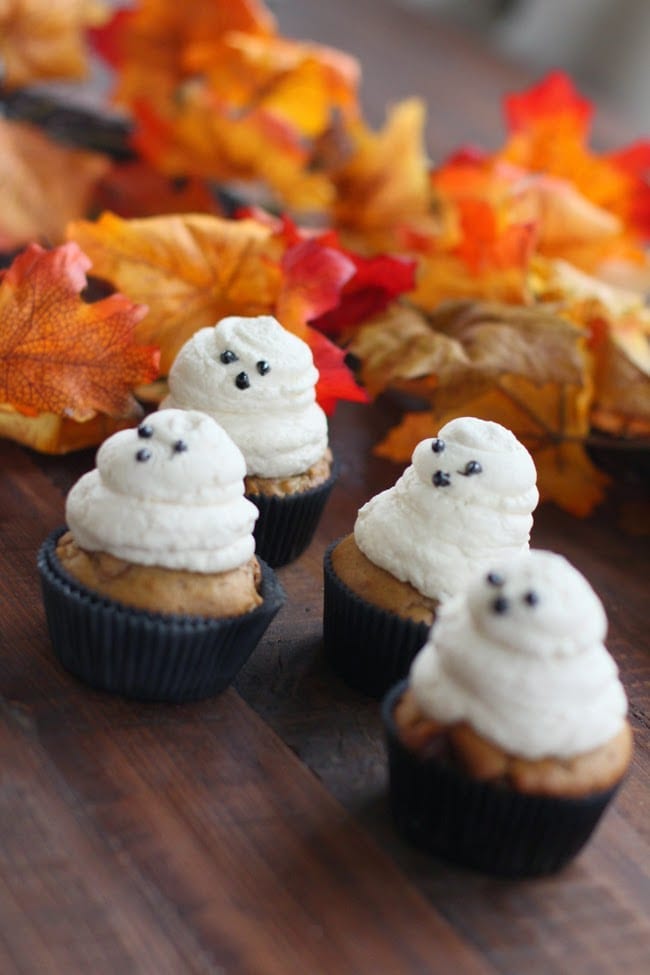 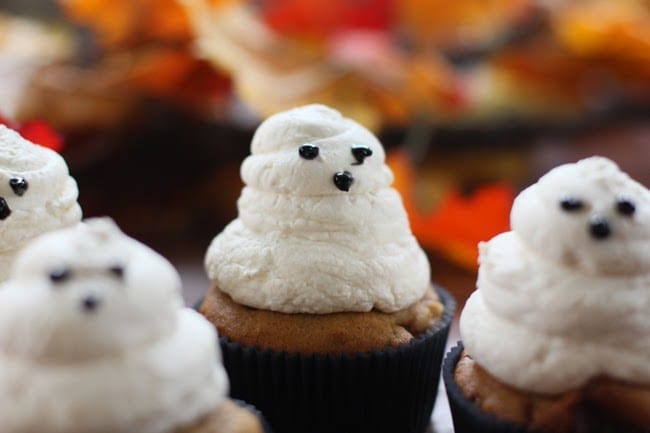 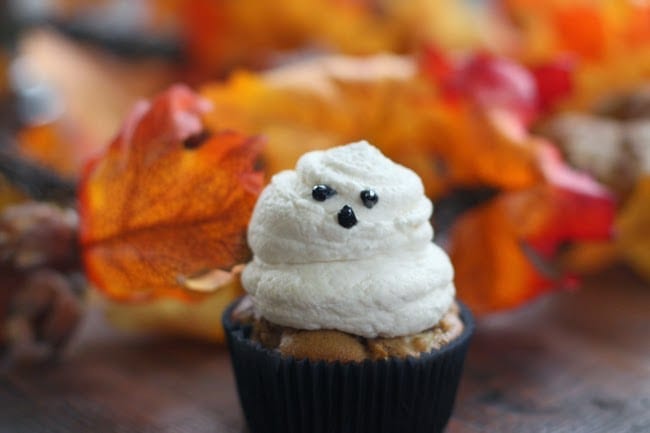 Ingredients: (adopted from The Green Forks)

Method:
Frosting:
Ingredients:
Method:
1. Using a whisk attachment, whisk the the brown sugar, vanilla, and heavy whipping cream until stiff peaks form.
2. In a separate bowl, combine the mascarpone cheese, maple syrup, and Jack Daniels Maple until fully mixed.
3. Once you have stiff peaks, gently fold the mascarpone mixture into the heavy whipping cream mixture.
4. Fill a pipping bag and frost the cooled cupcakes.  I decided to be a little festive and turn these into spooky little ghosts for Halloween!
A cute little Bambi sweater to make you smile on a Monday! Weekend Sales and some of my picks!